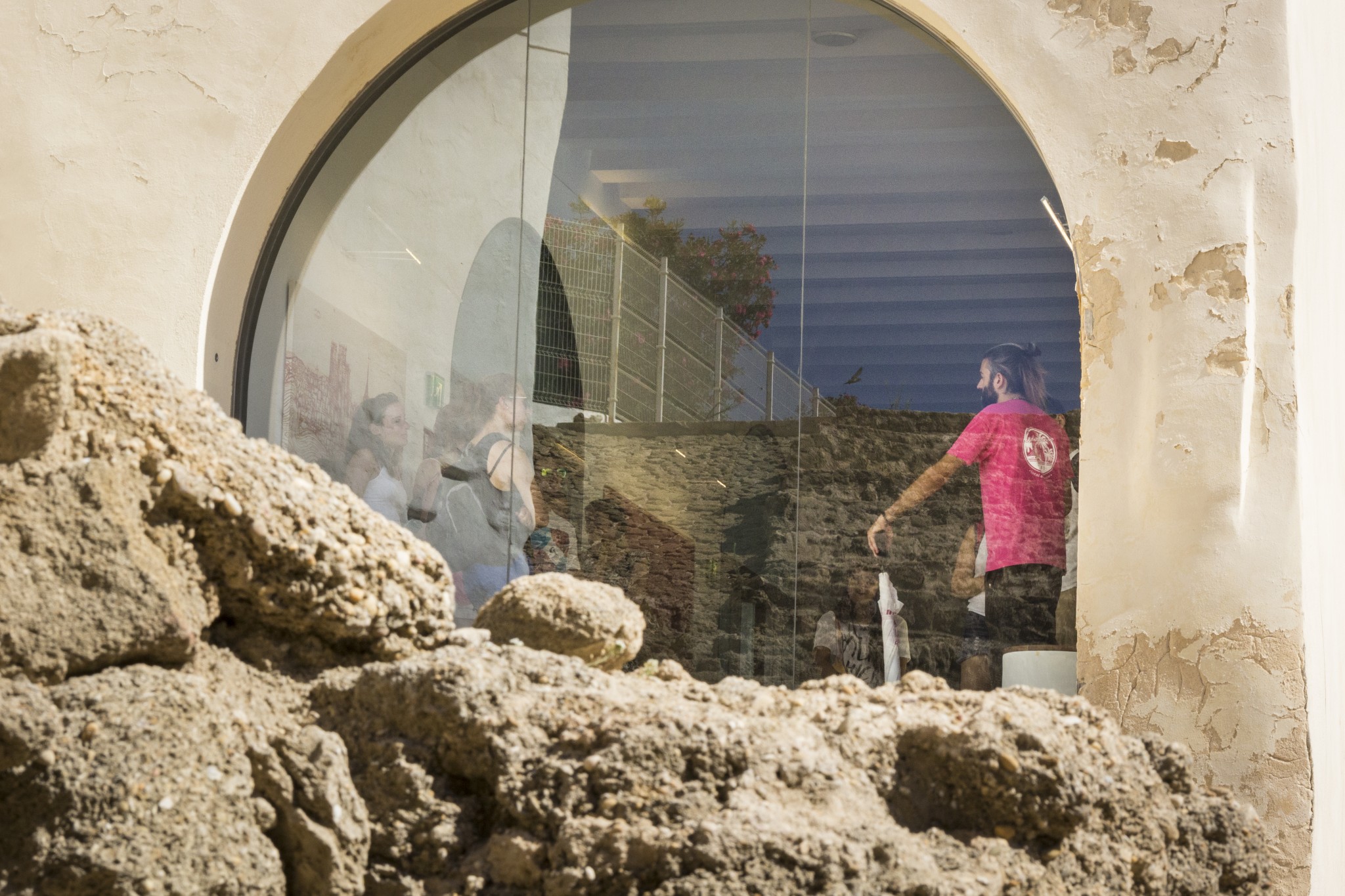 The city of Cádiz has a great historical heritage and monuments of great relevance as it is the Roman Theater, its majestic Cathedral, the Tavira tower and the emblematic Cathedral Museum. We will discover the legends, history and artistic details of these two monuments. In addition, our visit includes the tickets.

This Special tour in Cádiz begins in San Juan de Dios square, by the City Hall, as we start our walk through this historical city.

From here we’ll jump all the way to Habana, Cuba, in Campo del Sur and enjoy one of the best views in Cádiz: a cultural mosaic where we can distinguish the contrasting footprints of the diverse civilizations that have passed through the city.

Next we have the Old Cathedral, formerly a mosque and now known as Santa Cruz church, a quick stop before venturing into the picturesque neighbourhood of el Pólpulo, the oldest in the city, finding our way through the medieval streets into the Roman theatre which lies underground, beneath the neighbourhood.

Passing by the Admiral’s house, a unique baroque-style building situated in the heart of el Pópulo, we’ll head towards the Cathedral square where we can appreciate the contrasting architectural styles that make it so unique.

From here we’ll make our way through the slightly busier commercial streets towards Plaza de las Flores, situated between palatial homes and the post office building which leads into one of the most beloved stops: Mercado de Abastos, the Central Market, where we will immerse ourselves into its heart contemplating the great variety and freshness of the produce it has to offer, being able appreciate the scale (no pun intended!) of the fishing tradition in the city and the generous diversity of local seafood.

Once we cross it, we will give way to the Barrio de la Viña , a fishing district where the city is transformed into a small havana and colorful, famous for its carnival as well as its famous tapas enjoying the charms of its Main street, La Palma street, until you reach the Playa de la Caleta . The favorite corner of the Gaditanos for shortly after accessing the iconic Torre Tavira that will provide us with one of the best views of Cádiz and where we will have special access to The dark camera It will project a color image that reflects what is taking place, right then and there on the outside of the tower, while we enjoy the explanations of our local guide.